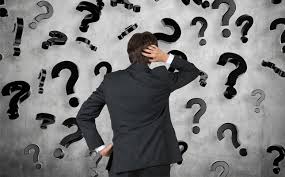 Last week we spoke about the new changes the IRS is bringing to Form W-4 for 2019 and how they will affect payroll going forward. The primary change being discussed today is the elimination of personal exemptions from the tax code due to the new tax reform. Now that employers and employees have had time to read over the Form W-4 draft, many are confused by a number of parameters that are not, “clearly defined” according to Bloomberg Tax.

The draft of Form W-4 includes several new fields for employees to report on wages earned from other jobs, additional nonwage income, anticipated itemized deductions, and the value of potential tax credits. The confusion is occurring due to the form not being clear on whether employees should use the new field for their highest paying job, or whether employees can chose to keep that area blank if they didn’t want to share personal financial information with employers. Unfortunately, this could cause major issues for employees if not addressed.

Employees who chose to not report their highest wages earned, by leaving the field blank or recording a lower-paying job, “could result in no potential tax deductions applied against taxable wages for withholding purposes.”

The IRS has provided an additional draft of rules and instructions for the new Form W-4 which does note that only the highest earner of a household is supposed to make use of these new fields in Form W-4. But all this does is raise more questions: employees are instructed to record “if you have more than one job at the same time”, but fails to clarify a time period for these jobs or if an employee is currently holding more than one job.

Another point of confusion is based around a potential smaller group of employees, “nonwage income for independent contractors”, specifically those who serve in the position of director for several companies. The new nonwage field asks employees to report interest and dividends as reportable nonwage income, but such income is normally subject to withholding. Mary B. Hevener, a partner with the law firm Morgan, Lewis & Bockius LLP, adds, “A partner or contractor might have the highest paying job in the household. The new fields are only for the highest earner, so the lower-paid employees in such a scenario have no ability to account for additional offset amounts on the form.” Hevener concludes her thought, “The draft form eliminates the ability of married employees to instruct employers to withhold at the higher, single rate.” Add all of the above with the IRS’s decision to use older Forms W-4 with their withholding allowances into account 2019 and onward, and you have a recipe for mass-confusion within the payroll industry.

Unfortunately, this confusion could cause employees to inadvertently commit perjury due to delaying withholding until the end of the year. Hevener claims this to be “perfectly acceptable” based on the current draft. She explains that current (before the release of the draft Form W-4) employees were required to project what was to be withheld for the year and report that amount on their W-4. The draft Form W-4 instructs employees instead to include amounts they want to be considered for withholding purposes.

Thankfully, this draft Form W-4 is just that, a draft. There is still time for the IRS to make revisions and clarifications in order to help all employees and payroll departments.

Has this new draft worried you as an employer or employee? Want to read draft Form W-4 for yourself? You can click HERE to visit the IRS’s page and HERE to check out our last blog which goes into greater detail on these new proposed changes.

These Stories on IRS

ACA Affordability Percentage Decreases to 9.78% for 2020

Be on Alert for W2 Scams